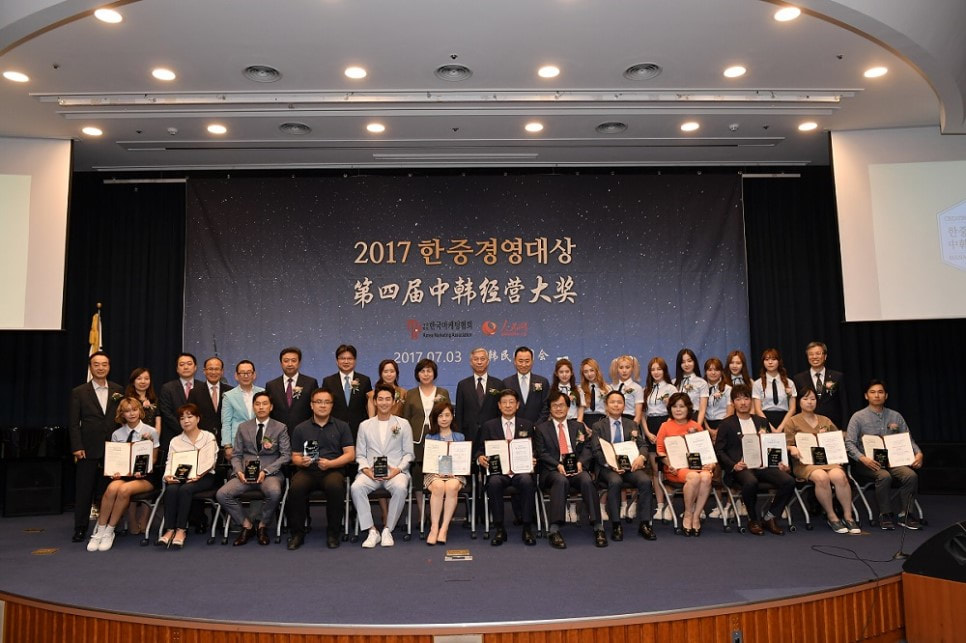 In 2017, the 4th Korea-China Management Awards ceremony which is co-hosted by China People’s Daily and Korea Marketing Association and supported by Ministry of Trade, Industry, and Energy was held successfully on July 3rd at National Assembly Memorial Hall.
Korea-China Management Awards is the international award system established in 2013 which is for co-development of both Korean and Chinese industries. This award is given to both individuals and businesses taking a more proactive approach on the realization of Korea-China economic cooperation, the realization of future-oriented value, and practice of shared value. Candidates selected through consumer research and expert recommendation are considered to be chosen by Award Selection Committee’s final consideration for the award.

Geun-tae Park, the CEO of CJ Logistics Corporation won the Korea-China Management Awards in CEO field. Geun-tae Park has established a toehold for 30 years and is considered a CEO who made a great contribution in promoting awareness in China.

Also, the Products like Sulwhasoo, The History of Fo, On The Body, Sinjeon Ddeokbokki were chosen as the winner in 2017 Youke Korea Satisfaction Index which is announced through consumer research.
​
2017 Youke Korea Satisfaction Index in Culture was carried out across 5 fields which are the actor, singer, entertainer, drama, and entertainment shows. And Gong Yoo, BigBang, Yoo Jae-suk, The Goblin and the Running Man won in each field.

President of Sookmyung Women’s University, Jung Ae Kang who is in charge of Award Selection Committee said, “Through Korea-China cooperation, we wish the effort on market performance becomes a great impact on businesses in both Korea and China.
​
*Research Subjects: 1,680 Chinese living in Korea and traveling in Korea
*Research Period: 2017.04.14~05.26
*Research Method: face-to-face investigation